Microsoft started directing Windows 7 users to Windows 10 before support for the older OS stops in January 2020. A nag message was generated by Microsoft in Windows 7 Home Premium and Windows 7 Ultimate to let the users know that the support will end for their operating system in about nine months.

The Redmond, Wash. The developer informed customers a month ago that messages will start to appear on their screens in around April and that the messages will be about the ending of the Windows 7’s support.

The message “after 10 years, support for Windows 7 is nearing an end,” appeared on PCs when they booted on April 18. There is an option “Do not remind me again” which will be selected if you check the box and it is supposed to not nag you again. 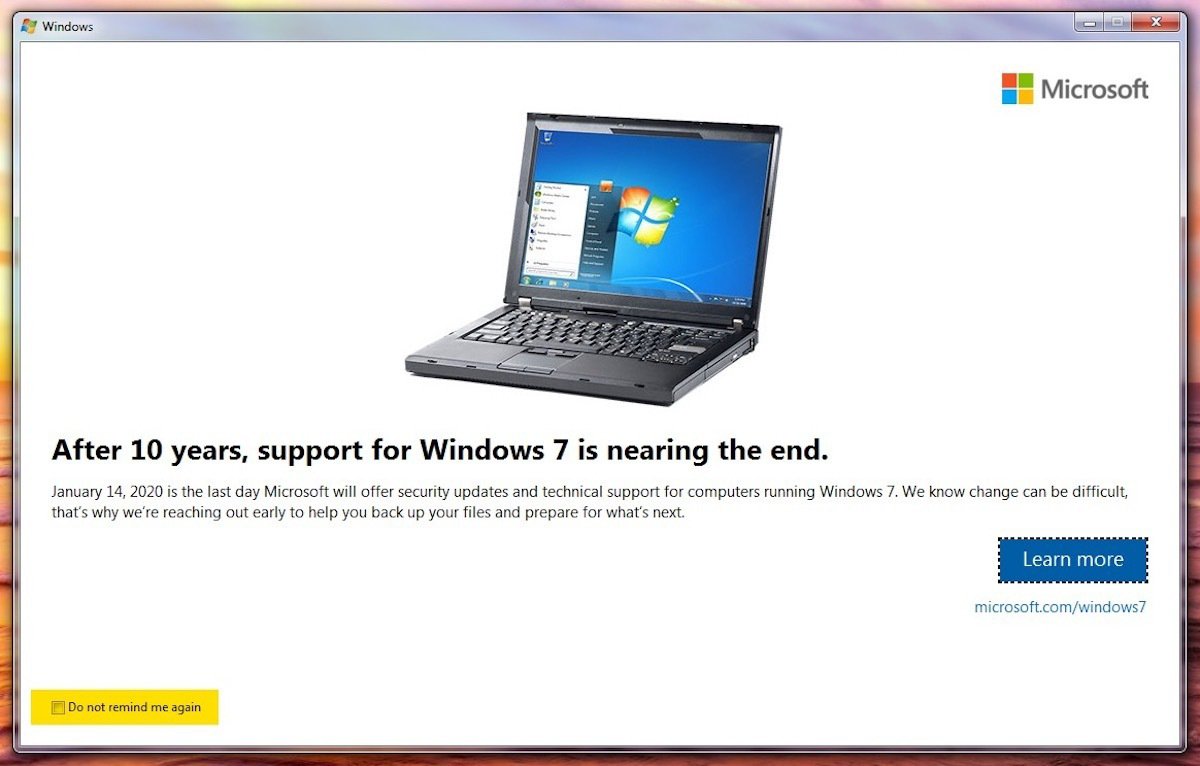 If you want to know more about all this, you can click the button “Learn more”. Your default browser will take you to a website on which you can know more about the end of support and other options.

The update marked KB4493132 was used by Microsoft to deliver the update. On some Windows 7 PCs, the update was downloaded and installed multiple times. Microsoft has made clear which PCs will display the nag message since the initial March 12 announcement.

The KB4493132 support document clarified that this update is not applicable for devices in managed organizations which means the devices operating Professional and Enterprise editions of Windows 7, as well as Windows Server products, will not install this update.

The final free security update will be issued by Microsoft on Jan. 14, 2020. Monthly patches after that date will be received by commercial customers only as they purchase the “Extended Security Updates” (ESU).